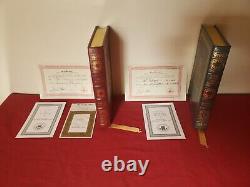 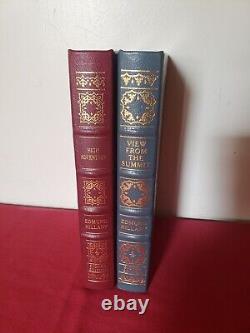 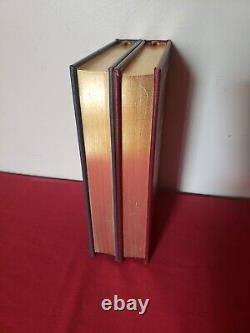 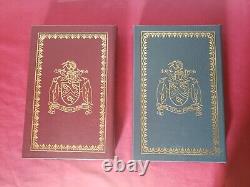 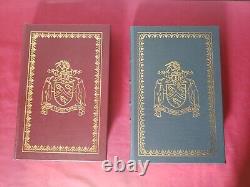 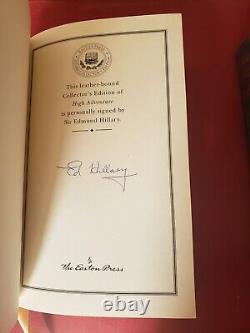 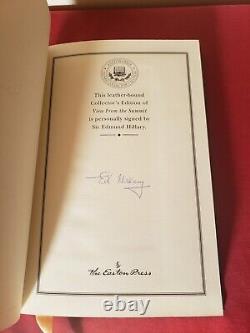 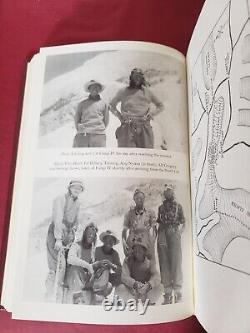 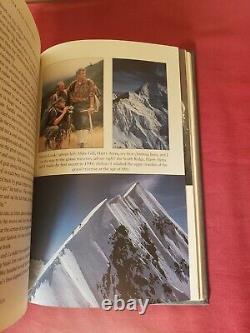 VIEW FROM THE SUMMIT / HIGH ADVENTURE - EDMUND HILLARY - EASTON PRESS - SIGNED EDITION. VIEW FROM THE SUMMIT - 1999. Adventurers the world over have been inspired by the achievements of Sir Edmund Hillary, the first man ever to set foot on the summit of Mount Everest.

In this candid, wry, and vastly entertaining autobiography, Hillary looks back on that 1953 landmark expedition, as well as his remarkable explorations in other exotic locales, from the South Pole to the Ganges. View From The Summit is the compelling life story of a New Zealand country boy who daydreamed of wild adventures; the pioneering climber who was knighted by Queen Elizabeth after scaling the world's tallest peak; and the elder statesman and unlikely diplomat whose groundbreaking program of aid to Nepal continues to this day, paying his debt of worldwide fame to the Himalayan region. More than four decades after Hillary looked down from Everest's 29,000 feet, his impact is still felt -- in our fascination with the perils and triumphs of mountain climbing, and in today's phenomenon of extreme sports. The call to adventure is alive and real on every page of this gripping memoir. Fear lives among Everest's mighty ice-fluted faces and howls across its razor-sharp crags. Gnawing at reason and enslaving minds, it has killed many and defeated countless others. But in 1953, Edmund Hillary and Tenzing Norgay stared into its dark eye and did not waver. On May 29, they pushed spent bodies and aching lungs past the achievable to pursue the impossible. At a terminal altitude of 29,028 feet, they stood triumphant atop the highest peak in the world.

With nimble words and a straightforward style, New Zealand mountaineering legend Hillary recollects the bravery and frustration, the agony and glory that marked his Everest odyssey. From the 1951 expedition that led to the discovery of the Southern Route, through the grueling Himalayan training of 1952, and on to the successful 1953 expedition led by Colonel John Hunt, Hillary conveys in precise language the mountain's unforgiving conditions. In explicit detail he recalls an Everest where chaotic icefalls force costly detours, unstable snow ledges promise to avalanche at the slightest misstep, and brutal weather shifts from pulse-stopping cold to fiendish heat in mere minutes. In defiance of these torturous conditions, Hillary remains enthusiastic and never hesitates in his quest for the summit. Despite the enormity of his and Norgay's achievement, he regards himself, Norgay, and the other members of his expedition as hardworking men, not heroes.

And while he never would have reached the top without practiced skill and technical competence, his thrilling memoir speaks first to his admiration of the human drive to explore, to understand, to risk, and to conquer. Hubbed Spine, Accented in Real 22KT Gold. Long-lasting, High Quality Acid-neutral Paper.

Smyth-sewn Pages for Strength and Durability. Rare Signed Editions with Certificate. Title: VIEW FROM THE SUMMIT / High Adventure [SIGNED LEATHER ANNIVERSARY EDITION]. I believe in WYSIWYG - what you see is what you will get. All products are exactly the ones shown in my listings, no stock photos.

"Pictures are worth a thousand words". The Rates for CANADA and INTERNATIONAL are NOT accurate and in some cases MUCH LOWER then quoted. Please contact me if there are any questions regarding this. I treat all in a fair and efficient manner.

This item is in the category "Books & Magazines\Antiquarian & Collectible". The seller is "grade" and is located in this country: US. This item can be shipped worldwide.